This monographic issue intends to propose a space for exchange and discussion on new and emerging approaches that address the interrelation between social movements and currents of pedagogical renewal in the contemporary era, with particular attention (although not exclusive) to postcolonial spaces (America, Africa , Asia).

In the last few decades, an interpretative shift has emerged regarding the concept of social movements. As it currently appears, an important sign has been the progressive abandonment by the literature of the use of the singular “social movement” which alluded, in general, to a constitutive (but not the only) dimension of the forms of contestation towards the order social, or its class matrix. Since the 1960s, the polysemy of the “social movements” category has embraced and incorporated other aspects of the conflict.

On the other hand, since the mid-twentieth century, we have witnessed an acceleration in the forms of internationalization or trans-nationalization of education. Consistently with the technological changes, the emergence of global institutions with educational purposes at a planetary level and the recent models of globalization of a neoliberal approach have given rise to currents of pedagogical renewal that welcome this new order, as well as to others that propose contesting alternatives based on a wide range of doctrinal tools (political, ecological, anti-globalization, anti-colonial, etc.).

In this way, having as a reference framework, on the one hand, the plurality acquired by adopting a more open conception of social movements as an analytical lens and, on the other, the emergence of currents of pedagogical renewal responding to discourses that promote homogeneity, this call for paper is aimed at reflecting on the interaction between the social context and the proposals for educational change, in the context of contemporaneity.

The suggested themes are:

Deadline for the submission of originals: December 30, 2020 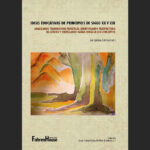 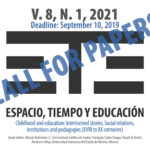 New Issue 15 July, 2020
TABLE OF CONTENTS SPECIAL ISSUE: OUTDOOR EDUCATION IN HISTORICAL PERSPECTIVE Outdoor education in historical perspective Mark Freeman, Jayson Seaman Dartmouth Outward Bound Center and the rise of experiential...
FahrenHouse is a publishing house specializing in the publication of monographs, essays, literary works and teaching materials, as well as the editorial management of scientific journals and other afferent services related to science, culture, society and philosophy.
Contact us: [email protected]
© FahrenHouse
Do NOT follow this link or you will be banned from the site!